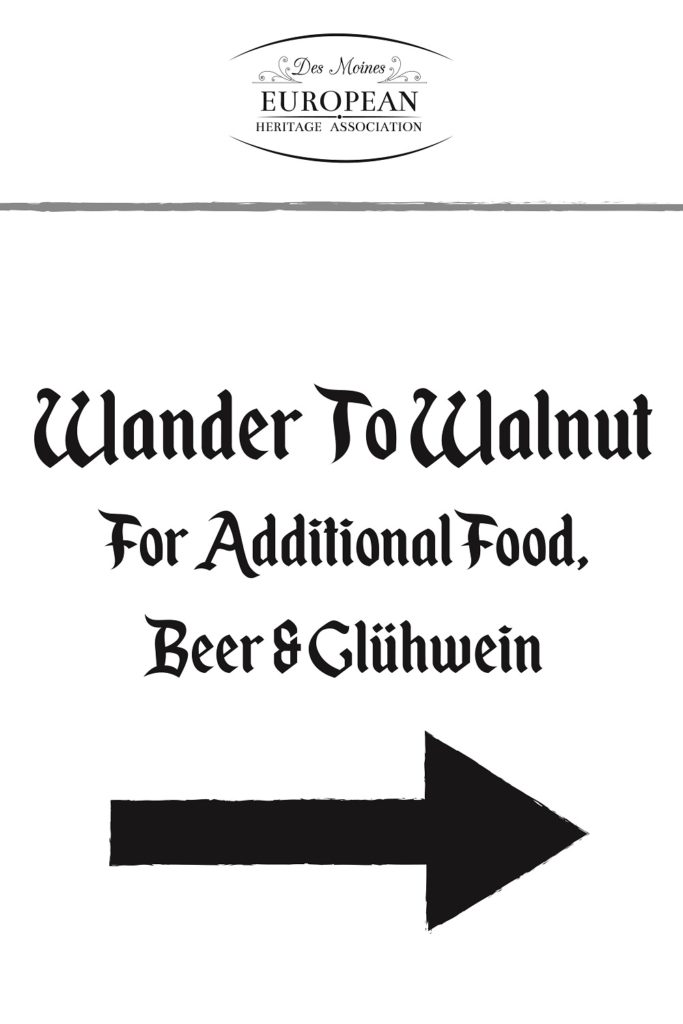 As festival organizers, we try to bring something new or different to Christkindlmarket Des Moines each year. Check out what’s new for #CDM2018.

1. Wander to Walnut for additional food, beer and Glühwein – Due to the increase in vendors, we’ve expanded the venue to include Walnut Street, so be sure to “Wander to Walnut”.
2. Additional Glühwein serving area on Walnut Street – With an expanded venue comes an additional Glühwein serving area to help meet your demands! We will have a total of three Glühwein and two beer serving areas at Christkindlmarket Des Moines this year.
3. 33 vendors: 16 vendors serving food, 17 gift and specialty vendors (24 vendors in 2017, 14 in 2016)
4. New vendors: Brunkow Cheese of Wisconsin, Coal Ridge Crafts, DamonLayne Woodworking, On The HIll, Steinbach, Lost Planet Forge, Parlo Pizza, Ruhland’s Strudel Haus, KMachine Shed, Bratwurst Imbiss am Markt and JKafe 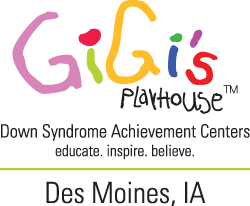 GiGi’s Playhouse Down Syndrome Achievement Center in Des Moines is another new participant in this years’ Silent Auction. They provide free programs that are educational and therapeutic in nature to individuals with Down syndrome from birth through adulthood, their families and the community.

“Willy Wonka is the perfect opportunity to use Pure Imagination in honor of our ‘i have a Voice’ Gala. Our tree will feature bright purples, golds, and magentas exuding the wacky world of Wonka! It’s going to be scrumdidilyupmptious with handmade fused glass ornaments designed, cut, and fired inside GiGi’s Playhouse by adults in the GiGi University Career Development program.”

GiGi’s playhouse will also have a ‘Buy Now’ option for their tree for $321 in honor of 3 copies of the 21st chromosome.

We are excited to welcome back a three-year participant of the Silent Auction, Veterans in Agriculture (VIA). They have helped beautify Christkindlemarket Des Moines every year representing their organization with gorgeous trees. This years’ theme is “Life on the Farm.” 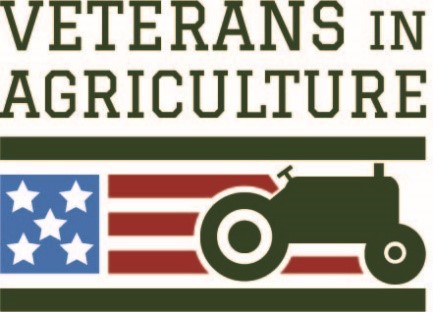 “The tree will have a slight rustic farm theme with tin farm animals and silver milk cans,” explains VIA representative, Beth Graubau.

“It will also be decorated with red trucks, tractors, and red barns. A chain made out of blue jeans seams will be wrapped around the tree.  At its base will sit a small red Farm Fresh bushel basket and a sheep wearing a bandana.  The tree will be topped with a small rooster weather vane.  Red, silver, and a few blue ornaments will represent military service to our country.”

Veterans In Agriculture are farmers, veterans, agri-business professional, educators, and other service providers dedicated to empowering veterans to thrive in Iowa agriculture. They provide three main programs/resources to help fulfil their mission statement: The Veterans in Agriculture Network, VIA Resource Guide, Rural America Hiring Heroes, and Find a Farmer Veteran.

For more information on Veterans In Agriculture, please visit their website.www.veteransinagriculture.org

A new tradition in 2018 is Bratwurst Imbiss am Markt (Brat stand at the market) run by Des Moines European Heritage Association, the non-profit responsible for the production of Christkindlamarket Des Moines.

Usinger’s produces many kinds of sausages and meats, in many cases using traditional 19th-century recipes provided by its founder, Fred Usinger of Wehen, Germany. The family-owned company, now in it’s fourth generation, continues to live its slogan of providing “America’s Finest Sausage”.

The Greater Des Moines Soap Box Derby Association is one of nine non-profit new to the Christkindlmarket Des Moines Silent Auction this year. 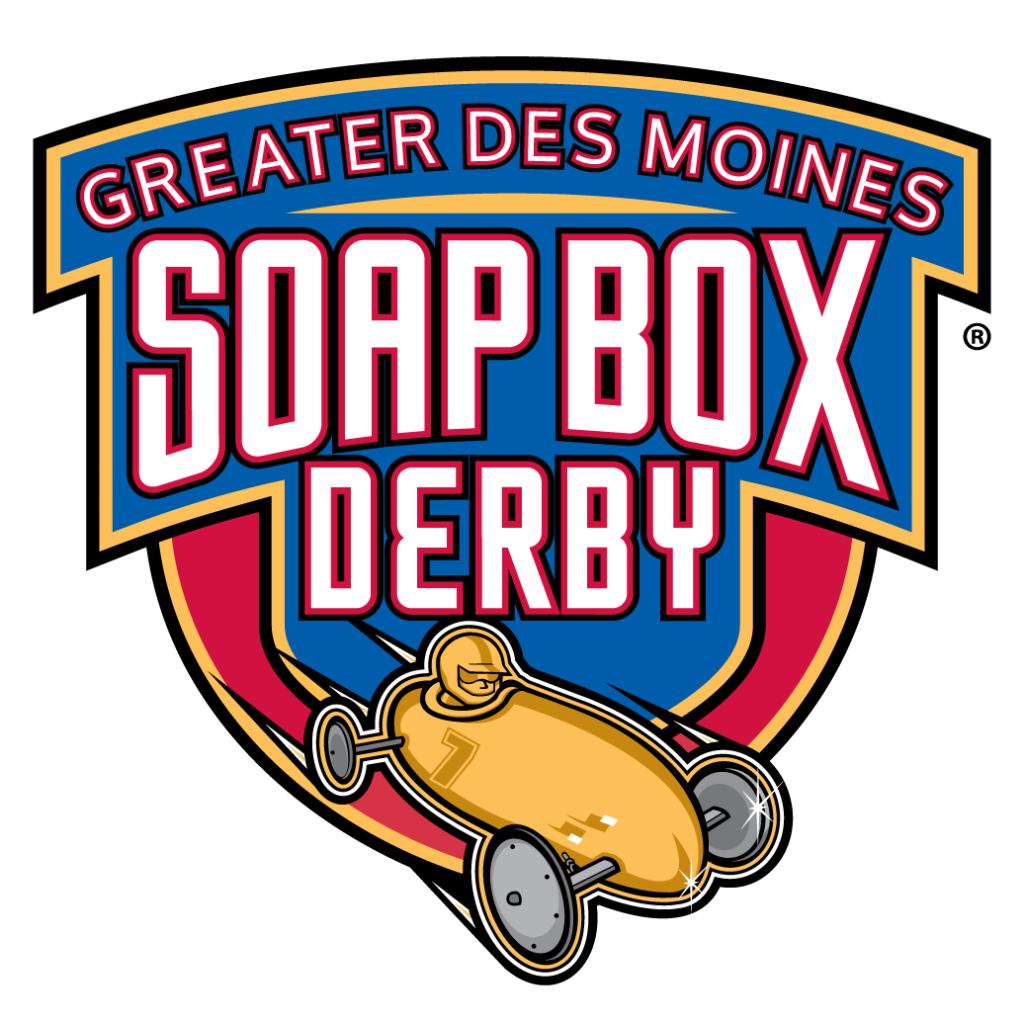 According to their website, “The mission of the Greater Des Moines Soap Box Derby Association is to educate and inspire youth through fair and honest competition and mentorship.”

“We are a great family oriented competitive racing organization,” explains representative, Maria Hackett. “Our organization promotes family teamwork where the parent is not a spectator but a team member working alongside their child. This activity strengthens family bonds and encourages spending time together.”

“We support fair/equal opportunity racing for children. This is the only sport that I can think of that allows boys and girls to compete against each other in a competitive environment.”

We’ll be tapping a furkin keg at Christkindlmarket Des Moines on Friday, November 30 at 4pm on our outdoor stage. Be one of the first to try this spiced beer fresh out of the cask.

Confluence Brewing Company will be releasing St. Nick’s Christkindlbier on Black Friday at the brewery and it will go out to retail locations the following week leading up to Christkindlmarket Des Moines. The new twist this year is rather than 22oz bombers the beer will be available in cans.

Look for the cans at most Hy-Vee locations in the Des Moines Metro.

Christkindlmarket Des Moines’ Silent Auction has become a fun and thoughtful tradition over the past three years. Each year, non-profit organizations across Iowa are invited to decorate a tree for display at the market.

MacKenzie Highlanders Pipes & Drums are first year participants in the Christkindlmarket Des Moines’ Silent Auction. They have chosen a “military and first responders” theme to represent their organization.

“The band was founded by Thomas S Coulson, a distinguished piper, who served during World War II, as a pipe major with the Essex Scottish 4th Brigade of Canada and as a piper in the Seaforth Highlanders,” explains Dawn Baldwin, the organization’s representative.

“He moved to Des Moines during the 1980s and founded the Mackenzie Highlanders Pipes and Drums at that time.  We are a paramilitary pipe and drum band and our uniforms are steeped in traditional attire worn both on Scottish and American soil.  Our tartan is Ancient Mackenzie.”

The MacKenzie Highlanders Pipes and Drums represent the Greater Des Moines, Iowa metro area. Their primary mission is to support Active and Reserve Military Units, Law Enforcement Agencies and Fire Departments and regularly perform at the events that support these agencies.

For more information on the MacKenzie Highlanders Pipes and Drums, visit their website.

Did you know Christkindlmarket Des Moines has a Silent Auction during their three-day event?!?! 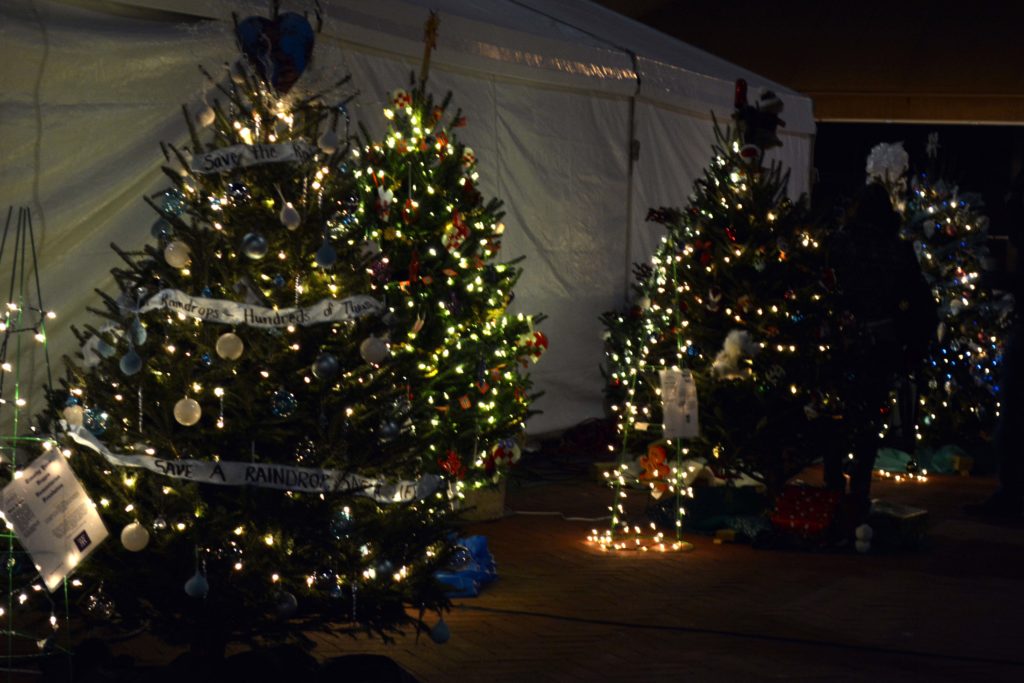 Every year, Iowa non-profits are invited to decorate a live cut tree, which adds to the Christkindlmarket’s festive flare. Each organization receives 100% of the proceeds garnered by their unique tree. 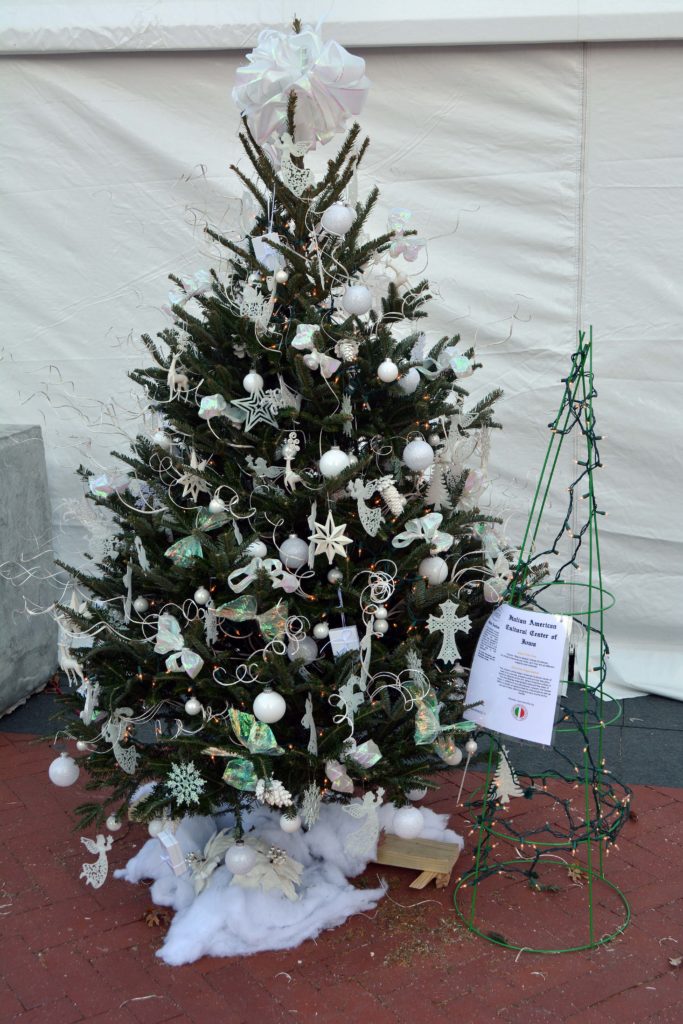 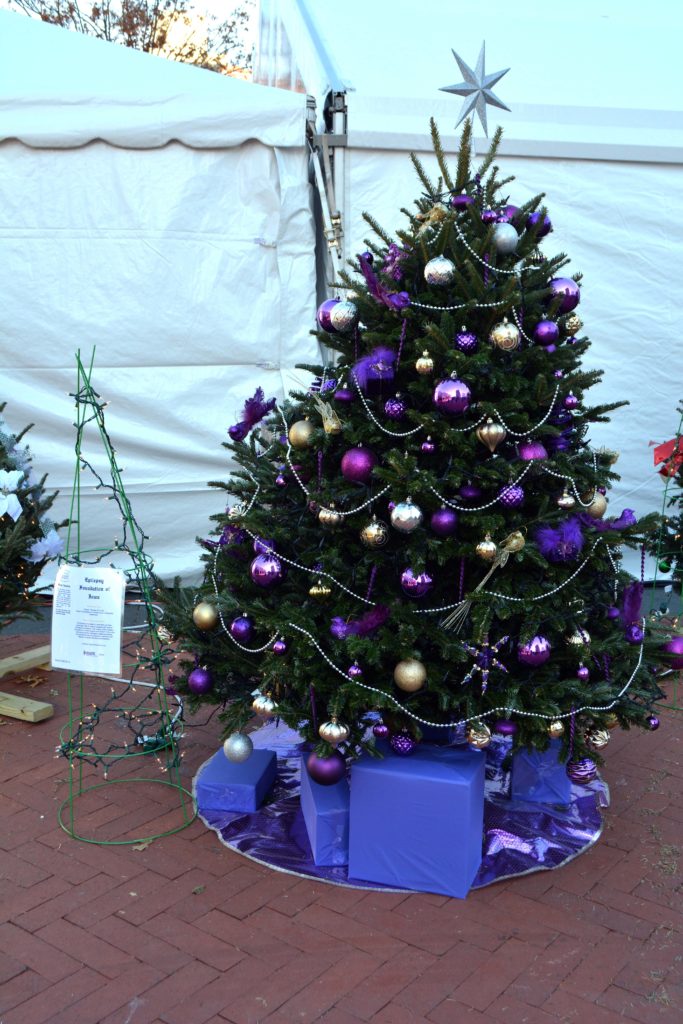 We have 14 participants and 8 of those are new to this year’s silent auction. We will be featuring each of the non-profits and their tree themes in the weeks leading up to the event.

Another exciting addition to the Silent Auction this year is the ability to bid off-site. We are partnering with www.bidr.co to offer text-to-bid and a dedicated website, which will provide real time updates.

We can’t wait to welcome everyone to the fast growing Christkindlmarket Des Moines, and invite you to bid on a piece of the holiday magic!

We are thrilled to announce that Des Moines European Heritage Association will be GiveIowa’s selected charity for November 2018. Greater Iowa Credit Union (GICU) began GiveIowa to further its message of what being a cooperative is all about: helping the causes and non-profit organizations that are important to their/our members and coming together for the good of our communities. 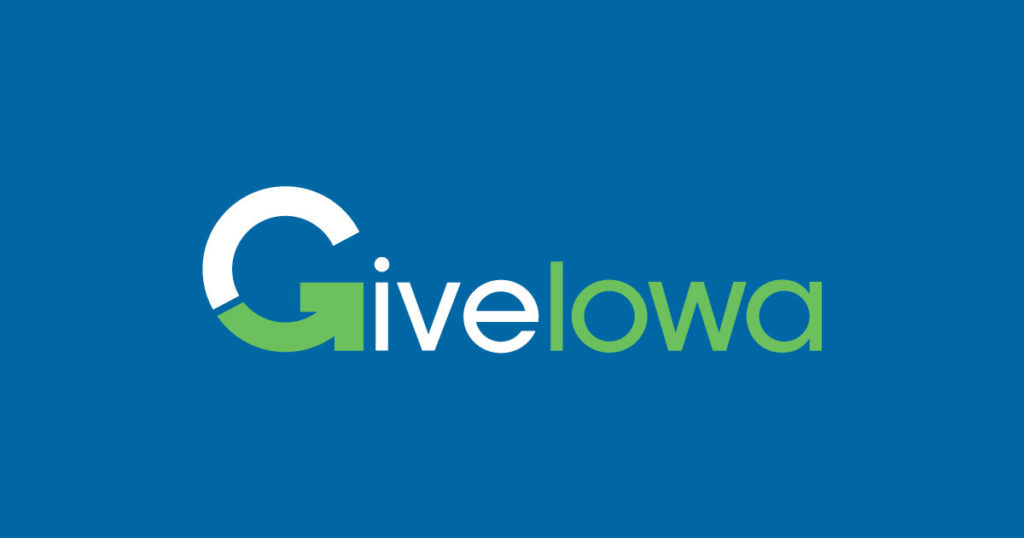 GICU selects one member-nominated non-profit organization each month. They receive $250 directly from GICU and are featured on the GiveIowa.org website, a crowdfunding platform that allows donors to easily contribute via credit or debit card. Our goal is to raise an additional $250+ during the short 30 days we are featured on the site. Why $250? Because GICU will match it! That makes our total goal $500 in addition to the initial $250.

How can I help?

GiveIowa leverages the power of social connection to help raise money using our members’ social networks. Social media is a critical factor in crowdfunding success: for every order of magnitude increase in Facebook friends sharing your link (10, 100, 1000), the probability of successfully meeting your fundraising goals increases drastically (from 9% to 20% to 40%).

Contributors can donate as little or as much as they want—and the more donors, the more engage-ment a project gets. The GiveIowa platform allows people to work together, transforming many small contributions into overall fundraising success. This can really make a difference in our neighborhoods, communities, and cities as well as Des Moines European Heritage Association.

All funds collected by GiveIowa go to the featured charitable organizations—GICU covers any third-party credit card processing or other fees. Our organization will be featured by GiveIowa beginning on November 1. Visit www.GiveIowa.org to learn more about our specific fundraising goals, our progress and to make your donation.