Thank you Ingersoll Wine & Spirits for being a Platinum sponsor of Christkindlmarket Des Moines and we look forward to their support for the first annual event.

We’re pleased to announce that the Greater Iowa Credit Union is a Gold Sponsor of Christkindlmarket Des Moines!

Greater Iowa Credit Union is a member-owned, not-for-profit financial cooperative serving some 30,000 members throughout a 33-county area in central and western Iowa. Begun in 1932 by employees of Iowa State College, Greater Iowa has had a long relationship with the university, and until 2002 was named the ISU Community Credit Union.
Thank you for your support! 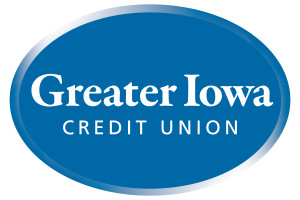